Sometimes it is important to go back to basics. For human interaction, one of the basics is language, the system of communication that, when applied at its best, allows us to understand each other, share, cooperate, and pull each other towards a better place. When on a collective journey towards a common objective such as the Sustainable Development Goals, with a rallying cry of “leaving no one behind” and a central aim of “reaching the furthest behind first”, this system of communication is fundamental to move beyond just the rhetorical: to be truly reached, the furthest one behind will need to understand what she is being told, and most likely, that exchange will have to be done in her own language. That principle should apply to all aspects of development, including global health.
With roughly 7000 living languages in the world, miscommunication is inevitable, but there are times and places when particular care should be taken to ensure that the message is clear and fully understood. Take the highly volatile situation of Ebola in eastern Democratic Republic of the Congo (DRC) for instance. Since the outbreak was declared in August 2018, there have been over 1000 confirmed and probable cases in North Kivu and Ituri provinces. Because the trauma of conflict has compounded the impact of the outbreak on the population, community engagement and ownership of the response are particularly important in the DRC. Last month, Translators without Borders released the results of a rapid studyevaluating the effectiveness of risk communication materials on Ebola used in North Kivu. The results are striking: they show that materials used for the response—posters, brochures, and consent forms for the Ebola vaccine, some in French, some in standard or local Congolese Swahili—are not fully understood. Basic vocabulary in French related to Ebola was not recognised in focus groups and half of the participants misinterpreted a poster inviting the sick to present to the nearest health centre as the complete opposite, that they would not be welcome there. Consent forms used for the Ebola vaccine were also generally misunderstood, as they contained words in standard Swahili, French, and English that were not known to the participants, raising further ethical issues. This study presents the epitome of where and when the basics of language should be better applied to reach “the furthest behind” in global health.
Global health research in general should concern itself with language. As in most scientific fields, English is established as the dominant tongue. Some will rightfully argue that researchers need a lingua franca, a common language in which to communicate, but English is not strictly that: for some (indeed, a minority) it is their mother tongue, but for the rest it is a second language, one that can be mastered at varying levels of fluency, or not mastered at all. That clearly implies that when it comes to the handiwork of research—the searching for funds, the publishing, the reading, the presenting—not everyone is on the same plane, and some are left behind. A Comment published this week presents the reflections and ideas of a group of francophone researchers during a workshop at the Africa Health Agenda International Conference (AHAIC) in Kigali, Rwanda, last month on this very issue. Our readers will appreciate that we could not in good conscience publish this Comment in any language other than French, and will, we hope, take the extra step of accessing the English translation in the supplementary material if needed. The main message is that linguistic isolation and the barriers it creates are real and deeply ingrained, but also that there is a way forward. The solutions will require more consideration of the needs of different linguistic groups, the creation of support networks, and more linguistic collaboration in general. One initiative that fits neatly within these criteria is the Science and Language Mobility Scheme Africa, led by the African Academy of Sciences in partnership with the Wellcome Trust and Institut Pasteur. This brand-new programme funds research done by anglophone, francophone, and maybe soon lusophone researchers in language regions other than their own, in order to strengthen scientific collaboration while building language skills and improving cultural understanding between researchers from different linguistic backgrounds.
Such efforts are to be applauded. Leaving no one behind will require more than glancing back from a position of linguistic power and hoping everyone follows. It will require everyone, journals included, to reach out to the other and find concrete solutions to this most basic dilemma. 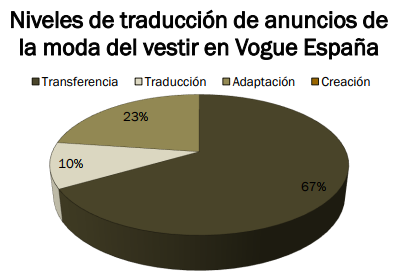